Women in business: New perspectives on risk and reward

On International Women’s Day, a new report based on Grant Thornton’s annual survey of 5,500 businesses in 36 economies reveals that the proportion of senior business roles held by women in APAC has risen from 23% in 2016 to 25% in 2017. In Singapore, the number is 30%, moving from 26% last year.

This has been driven by improvement in Emerging APAC, which saw the proportion of senior roles held by women rise from 26% in 2016 to 29% in 2017, while Developed APAC remained static at 13%.

The new research also finds that just 25% of senior management roles in APAC are held by women. The APAC countries with the highest proportions of leadership roles held by women are Philippines (40%), Thailand (31%) and Indonesia (46%), while the lowest proportions are reported in Japan (7%), New Zealand (20%) and Australia (23%). In Singapore, that number is 30%, above average.

The importance of gender diversity in senior teams tasked with managing risk.

Lorraine Parkin, Head of Indirect Tax and Supply Chain service in APAC said: “This year businesses across APAC have increased the proportion of senior roles held by women. However, we are still only halfway there, and with the percentage of businesses with no women in senior management also rising it feels as if we’re taking one step forward and one step back. This is a real concern for business growth as it suggests we aren’t maximising the potential out there.”

Lorraine also commented: “The data for major economies is discouraging. The reasons for this lack of progress are many and varied, and they depend on the culture of individual businesses and the broader culture of the country or region in which they sit. However, this year we encountered a concerning sense that the issue has plateaued, as companies perhaps assume the diversity challenge has been dealt with. The evidence tells us this is not the case.

How we more forward

“Companies today need to be more productive, more innovative and in many ways more open if they are to grow. Diversity will be key to their success. Those that remain closed are putting themselves at risk of not tapping into their full potential, and losing access to diversity of thinking.” 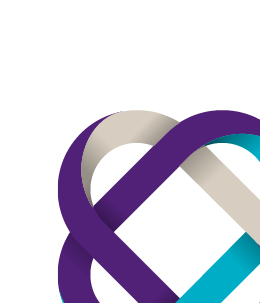