Asia Pacific is a vast and diverse region, and one of the strongest performing parts of the global economy.

Grant Thornton’s annual APAC businesses report finds rising business optimism and profitability expectations in Singapore, reflecting a broader buoyant mood across much of the APAC region as optimism there hits a two-year high, driven by improvements from its two biggest economies: China and Japan.

“As you would expect across such a large area, there are multiple contributing factors driving positive sentiment,” said Rodger Flynn, Grant Thornton regional head for Asia Pacific.  “The powerhouse that is the Chinese economy is becoming much more outward looking, reflected both in its One Belt One Road initiative and the movement of lower skilled jobs to neighbouring countries and this outlook is having a positive trickle-down effect across the region.

“Looking ahead to the future, our research unequivocally reveals a region feeling positive about its growth prospects - despite grappling with economic, cultural and political challenges.”

The biggest APAC opportunities over next five years cited by Singapore businesses are increased ASEAN cooperation (54%), the globalization of supply chains (30%), the Trans Pacific Trade Partnership (28%) and automation (28%).

Singapore businesses said that the biggest threats to the APAC region over the next five years are the ageing population (46%), automation (36%) and regional conflicts regarding territorial rights (32%).

‘China's “One Belt One Road' initiative is seen indifferently by Singapore businesses, with 36% saying it will have an impact, 22% saying they did not think it would have an impact, and the remainder not sure.

18% of Singapore businesses are confident that regional and geopolitical events will create a business environment that allows free trade to prosper over the next 5 years, 20% are not confident and the remainder are not sure. 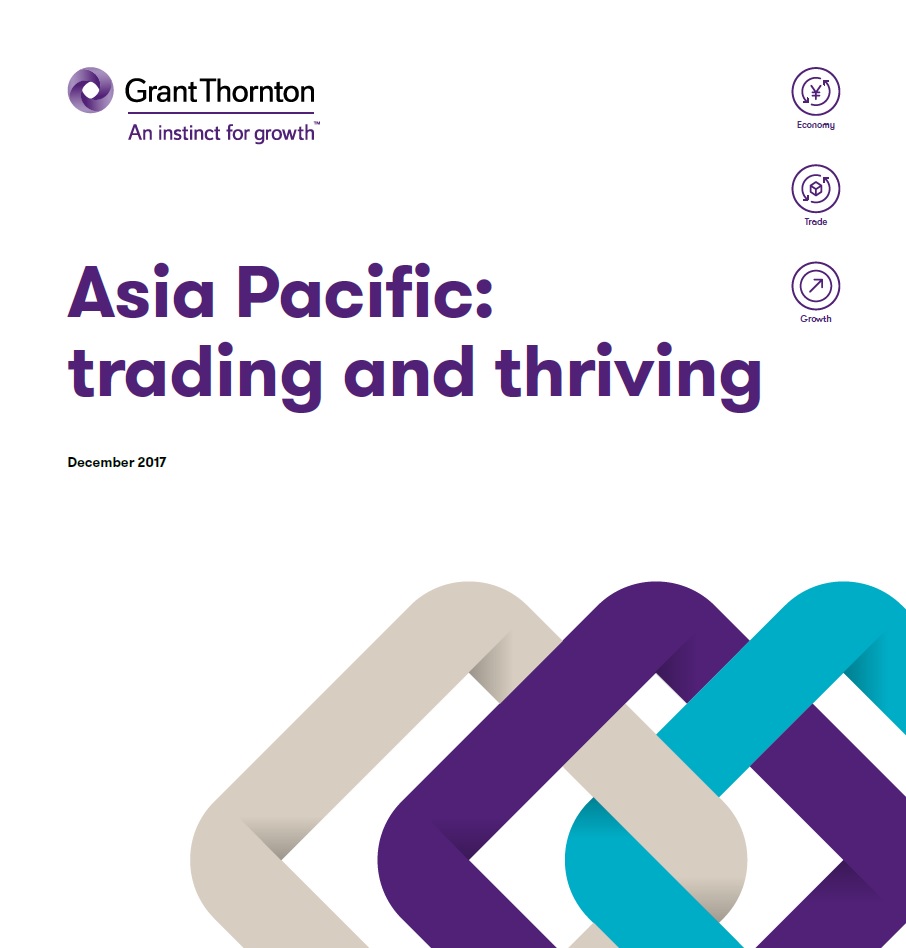