Changing of the guard? The potential tax implications of political change

With the possibility of a no-deal Brexit and a general election looming large in 2019, now is a good time to take stock of what that might mean for tax policy and more importantly, what impact any proposed changes could have for you.

We have reviewed the policies of the two main parties and have provided a high- level summary of these below.

Boris Johnson has promised to extend the basic rate band by £30,000, taking individuals with income below £80,000 out of higher rate income tax altogether. However, this is unlikely to make a huge difference to the highest earners, with the IFS estimating an income tax saving of £2,500 per annum per household on average.

The bigger difference may be that Boris’s new Chancellor, Sajid Javid, has previously given his support to abandoning the 45% additional tax rate. Although this is yet to be announced as policy, for the top 1% earning £150,000 a year or more, this could make a significant difference.

Since 2010, the Conservatives have been tinkering with stamp duty land tax (SDLT), replacing the old ‘slab’ system under which cliff edges were suffered where property values tipped the top of a specified band, with the new slicing system as it exists today.

In 2015 they introduced a new 3% surcharge aimed at buy to let landlords acquiring additional residential properties, whilst in 2017 they introduced a first time buyers relief to exempt qualifying purchases up to

£300k. Under Boris Johnson, it has been suggested that they may go further, reducing the top rate of SDLT from 12% to 7% and raising the threshold at which SDLT becomes payable to £500,000 from

£40,000, with the intention of reinvigorating the housing market.

The Conservatives, beyond the changes made to inheritance tax (IHT) and capital gains tax (CGT) since 2010, have little to say about the future. They are the most likely party to adopt some or all of the most recent Office of Tax Simplification (OTS) IHT recommendations, which represent a less radical set of changes in the main, although there is specific reference to changes to Business Property Relief which might make it more costly in the future to pass on shares to family trusts or children.

The Conservatives have made a number of significant changes to the taxation of non-doms in recent years, most of these coming into effect from April 2017. Having been fairly silent on the topic in recent times, it would seem unlikely that any further changes would be introduced in a Boris led government.

Boris Johnson has hinted that the Conservatives may look to reduce the headline corporation tax rate even further below the 17% current proposal effective from April 2020, whilst significantly increasing the Annual Investment Allowance for capital investment beyond the current £1m limit.

Along with the Lib Dems, Labour have expressed a desire to abolish IHT in its current form and replace it with a “lifetime gifts tax” levied on such lifetime gifts exceeding £125,000.

They feel that both CGT and IHT benefit the wealthy to the detriment of others, with Labour pledging to ‘reverse the giveaways’. Although there is little detail on precisely what this means, it would seem reasonable to assume that in the event of a Labour government, or Labour/Lib Dem coalition, IHT and CGT reliefs will be restricted, perhaps significantly, or even abolished altogether. This includes Entrepreneurs’ Relief, Business Property Relief and Agricultural Property Relief.

Labour do not believe that the changes introduced by the Conservatives in recent years go far enough, with the party placing significant emphasis on assets held in offshore vehicles, particularly in ‘secrecy’ jurisdictions.

In the event of a change of government, significant changes (or possibly abolition) of the favourable regime for non-domiciles could occur, with additional tax burdens on assets held outside the UK, being introduced. Coupled with Labour’s proposal to raise income tax rates, the impact on those currently claiming the remittance basis could be significant.

Labour have stated their intention to increase the headline rates of corporation tax and potentially restrict or abolish ‘business reliefs’, albeit with no detail yet as to what reliefs might be targeted.

Labour are less supportive of non-domiciles and non-residents owning UK property, which they consider to be contributing to house price growth and thus shutting others out of the market.

How can we help?

The future tax system in the UK is likely to look very different under the two parties.

No-one has a crystal ball but if you have been thinking about:

especially if reliance may be needed on certain tax reliefs (such as CGT Entrepreneurs’ Relief, one of the CGT holdover reliefs, IHT Business Property, IHT Agricultural Property, IHT gifts out of income etc) to manage transitional tax costs, then now is the time to do so.

There is a small window to take advantage of the current relatively benign tax system with low CGT rates and beneficial reliefs (for CGT and IHT) even if the actual disposal may be many months away. 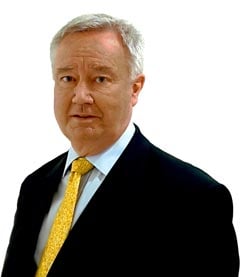