The future of audit

The world is changing. The financial crisis emphasised the extent to which financial systems are connected globally. This interconnectedness not only brings greater prosperity, but also greater concentrations of systemic risk.

As the crisis led to a lack of public trust, it is not surprising that audit is expected to be a major part of the solution. In practice, to achieve this, audit and auditors need to change in order to respond to the challenges of this interconnected world and greater public expectations.

With changes occurring in the audit environment; the requirements of what audit brings; as well as in the auditors themselves, what does this mean for the future of Audit?

The future of audit was discussed at a series of jointly hosted (Grant Thornton and ACCA) roundtables in China, the EU, Singapore, South Africa, the UAE, the UK and Ukraine. These locations having been chosen to cover a range of business environments with differing characteristics.

“We heard views from investors, companies, regulators and banks. While audit remains valued the world over, there was a striking message. Jurisdictions with a long history of audit said the future was in assurance on a broad range of data; which contrasted with those with a shorter audit history who want a stable body of rules to enable them to maximise benefits. The implication for global rule makers being that one pace of development will not suit all.”

From strong audit traditions to the digital age, the results of those discussions, some of which might be surprising, are detailed in this report. 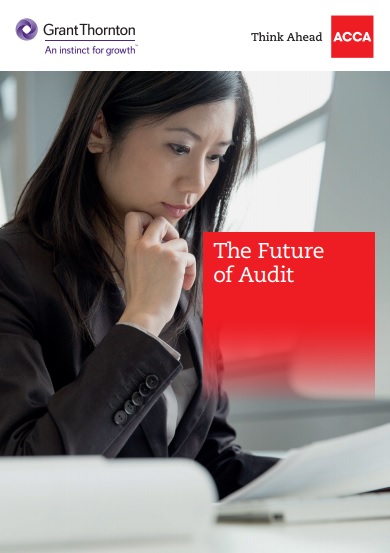