The UK Supreme Court handed down its judgment today in favour of Singularis Holdings Ltd (Singularis) in a claim for negligence against the English subsidiary of a Japanese investment bank, Daiwa Capital Markets Europe Ltd (Daiwa).

The judgment, the latest in a series of cases relating to the 2009 collapse of the Saad group, confirms the earlier decisions of the lower courts and leaves Singularis standing to recover significant sums for its creditors.  Singularis is being wound up in the Cayman Islands. Liquidators from Grant Thornton were appointed to Singularis and other related companies in 2009.

This judgment develops two important areas of the law. Firstly, it provides clarity on the nature and scope of duties owed by financial institutions to their customers in cases where fraud is suspected. Secondly, it confirms the approach which a court must take when determining whether the dishonesty of a shareholder and/or director of a company can be attributed to the company itself for the purpose of defending a claim.

The Liquidators, Hugh Dickson and Mark Byers, brought Singularis’ action against Daiwa in July 2014, claiming that Daiwa had breached duties owed to its customer when it made payments totalling US$204 million out of funds held on Singularis’ behalf.

The payments, instructed by Singularis’ shareholder and director Maan Al Sanea, were made by Daiwa against a backdrop of widely publicised allegations of fraud against Al Sanea and concerns over the solvency of the Saad group and companies linked to Singularis.  Despite Daiwa’s knowledge of these concerns, between 12 June and 27 July 2009 Daiwa followed instructions from Al Sanea to make the payments to companies known to be owned and/or controlled by him. In doing so, Daiwa facilitated Al Sanea’s fraud on Singularis.

Both the High Court and the Court of Appeal agreed that Daiwa was liable in negligence for the majority of Singularis’ losses. Daiwa appealed to the Supreme Court, arguing that as a matter of law Al Sanea and Singularis ought to be treated as one and the same, and that Singularis’ claim should therefore be barred from succeeding. The Supreme Court has rejected that argument and affirmed the decisions of the lower Courts.

The decision will be of great interest to the financial and insolvency communities alike when considering claims relating to transactions instructed by fraudulent directors. This is the first case in which a financial institution has been found liable for breach of the duty owed to its customers which was originally established in the case of Barclays Bank v Quincecare. The case is also important because it addresses and clarifies the legal test for determining whether a financial institution defending a claim by a customer for breach of the Quincecare duty can pray in aid the dishonest conduct and state of mind of a director and/or shareholder of that customer, and thereby seek to defeat the claim.

“This judgment will assist Insolvency Practitioners in pursuing claims against third parties who have acted negligently in following the instructions of fraudulent directors.  Financial institutions cannot simply protest that they were relying on the instructions of a company’s directors to stand by and let funds be paid away when there are grounds to believe that the payments are in fact misappropriations.

As a result of the payments, Singularis had very few assets when it was wound up and achieving this result for creditors has taken the combined investment and support our litigation funder Orchard Global Asset Management as well as Grant Thornton and our lawyers, Jenner & Block.  It underlines what an important tool litigation funding can be for insolvency practitioners.  As is the case with Singularis, accessing the resources of funders often makes the difference between there being nothing available for creditors and there being at least some return.”

“Jenner & Block is delighted to have been able to assist the Liquidators and their team in securing this outcome for the estate and its creditors. The Supreme Court’s decision develops the law with regard to the nature and scope of the duty owed by financial institutions to their corporate customers in situations where fraud is suspected. Today’s ruling also provides important clarity on the circumstances in which an institution may - and may not - be able to avoid liability for breach of that duty.”

The Grant Thornton liquidators are also winding up companies associated with Singularis, including Saad Investments Company Limited (SICL).  In 2018 both companies succeeded in defending multi-billion dollar fraud claims brought against them in 2009 by Ahmed Hamad Algosaibi and Brothers Company (AHAB).  The May 2018 judgment in that case has been appealed by AHAB and the parties are waiting for judgment. 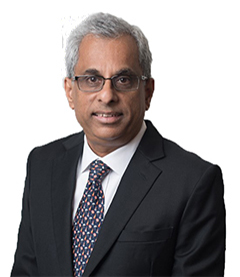