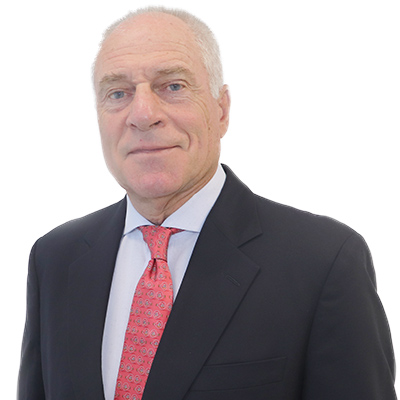 George has been in financial services for over 40 years, having held positions with financial institutions including Amex Bank, Shearson Lehman Asia, Merrill Lynch International, Credit Agricole, and AIA Capital Corporation in Singapore and in Hong Kong, with a focus on commercial and investment banking throughout the Asia Pacific Region, including the Indian sub-continent.

Starting in 1978 in Singapore, George was responsible for Amex Bank’s Indonesian US Dollar loan portfolio, focusing on corporate lending and risk management, moving in 1986 to Hong Kong, to join Amex Asia and later Shearson Lehman’s merchant banking operations, focused on project financing, debt placement and export credits with focus on Indonesia, Malaysia, Thailand and India.  In 1989 George joined the investment banking operations of Merrill Lynch International in Hong Kong, with focus on primary and secondary listings, debt placement, M&A, and strategic tie-ups.  In 1991 George accepted an offer to lead the private equity operations of Credit Agricole in Asia, establishing their presence initially in Hong Kong and later in Singapore.  In 1994 he was hired by the AIG group to take over the management of the Singapore unit of AIA Capital Corporation, with responsibility for Thailand, Malaysia, Singapore and Indonesia.

In 2007 George was invited to join Oxley Global Limited as a minority shareholder, and became Executive Director of Oxley Capital Partners Limited, the corporate advisory and private equity arm of the Oxley Group, which he managed until early 2020, when he and the Oxley Capital Partners Limited team joined Grant Thornton Singapore, to establish its corporate advisory capabilities.