By:
Eng Min Lor,
Emily Lin
Eng Min and Emily explain the new e-Tax guide on the treatment of foreign exchange differences and share their views on how the government can further refine these rules.
Sections

About the e-Tax guide

The Inland Revenue Authority of Singapore (“IRAS”) has updated its circular “Income Tax Treatment of Foreign Exchange Gains or Losses for Businesses (Fourth Edition) (PDF)” on 31 March 2021 (“the March 2021 update"). This circular, which consolidates two (2) earlier circulars on the tax treatment of foreign exchange differences, was first issued in 2012.

The March 2021 update has added a definition of translation differences and a new annex on frequently asked questions (“FAQs”) about the designated bank account (“DBA”) for designated revenue purposes and the application of the de-minimis limit. The purpose of this note is to review how things now stand as far as DBAs are concerned.

Currently, any foreign exchange differences arising from the revaluation of the year-end balance of a DBA are taxable or deductible depending on whether the revaluation gives rise to a gain or loss. The DBA cannot have been used for any capital transactions e.g., the purchase or sale of fixed assets. It can be only used to receive or pay out revenue items.

Key highlights of the FAQs

A bank account will no longer be considered a DBA once it breaches the de-minimis limit. This rule appears to be somewhat harsh.  The breach may sometimes be due to an isolated large and non-recurring capital transaction. We are of the view that the DBA should not be “disqualified” merely because the de-minimis limit is breached by an isolated and atypical transaction. 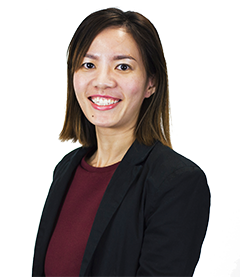